In October, I (with a lot of help from our incredible team) wrote about tech being part of the solution to all our recruiting challenges.

Thank you to everyone that signed up so far - recruiters, talent and hiring organisations alike. I am forever grateful.

Given the numbers and make-up of the profiles and recruiters (in house and external) that signed up for our app, we thought it would be sensible to start in an area where we know the market intricately i.e. in the growth capital category in Europe, on a portfolio level - or ‘human level’ which may be more appropriate given a point I am about to get to.

Venture Capital in Europe is an area that is growing e.g. classic US funds have recently announced European office launches. I have also had US deals enquire about the availability of European capital. The talent at the nexus of this all are also increasingly purpose driven (I’ve noticed people are favouring deals that prioritise D&I and sustainability) - and consumer behaviours fundamentally lead us all.

We all, in this space, are aware of the numbers. In the positions of great capital influence globally in VC and tech we see c. 98% homogeneity at large (e.g. lack of female founders, management and GPs, racial diversity, etc.). Yet in a market so competitive and comp focused, changing the % numbers requires profound thinking about the underlying drivers, i.e. behaviours. We want to continue to actively pursue sustainable change in these areas, including through our new recruitment partners, DigiSpace - keep an eye out for our “Recruiter Spotlight” on DigiSpace coming soon!

Sometimes one can find it easier to define what inclusion is not, rather than what it is. We can define what we do not want, but not quite put our finger on nor articulate what would work on a profound level - instead resigning ourselves to things like budget, title, tools.

I have noticed that exclusion is a nuanced and subtle subject ranging from the explicitly, clearly intolerable to almost unnoticeable (and perhaps innocent) unconscious forms of exclusion - e.g. when you leave a meeting and two hours after have a feeling that something was just not right.

One subtle form of exclusion I have noticed is treating people differently due to the positions they hold in life. I have always wondered why candidates sometimes are so focused on job titles (which can matter for an array of reasons). An underlying theme (i.e. the thinking that drives the request and behaviour) here though is that talent simply wants to feel valued, respected and ultimately included by others - our title and position in life seems to support this endeavor.

Another form of exclusion I have noticed is that people single out certain professions as not invited. There are lots of platforms that say no recruiters please. I understand there are budget constraints, cost conflicts and biases associated with this. And the recruitment industry at large admittedly has not helped itself as regards managing its reputation and we do see malpractice. However, I still take issue with the exclusive language around recruiters for a few reasons.

There are many types of unemployment such as cyclical, frictional and seasonal, but I will focus on structural given the context. Structural unemployment is where we have jobs but not the skills to fulfill those jobs - and this has led to a lot of the despondence which we have seen in the market lately. People apply and put themselves out there only for employers to have to turn them down, often with automated messages that lack compassion (and sometimes no message at all).

Recruiters have throughout history played a pivotal part as regards restoring the labour market’s confidence in pursuing work. Having someone on your side in the pursuit of finding work (which involves rejection, putting oneself out there and uncertainty etc.) can be of great value to the majority of job seekers.

I think most of us would agree that a society engaged in work and helping its fellow human beings contribute value is productive indeed!

It’s been shown that, in a downturn, people tend to turn to themselves as regards generating income, having perhaps lost faith in employers as secure job providers - e.g. franchise businesses tend to do well in a downturn for this reason. Recruiting is a profession that allows people to turn to themselves for work - recruiting requires hardly any startup costs, no certification and is incredibly human. If one does not identify as a professional recruiter then one has almost certainly acted as one in one way shape or form - introducing a friend to an opportunity, being a CEO and / or VC hiring talent etc. - in a way we are all, in the world of work, recruiters.

People helping people in each other’s pursuits is human - this will never go away albeit the job composition, technology and role title for how we describe the endeavour of recruiting should and will evolve for the better.

The flip side of structural unemployment is when no one applies to your job ad. Supply (i.e. talent) with the highest in demand skill set dictate terms to the demand side (i.e. employers with jobs) - we definitely see this in software engineering and, to an extent, marketing in the category that is growth tech in Europe. The irony here is that this is the largest and fastest growing area of recruiting.

Recruiters are a resilient bunch and as it is an area that lends itself to lateral thinking, breadth of skills and adaptability - good recruiters are able to relatively quickly turn to and become effective in the latest areas where demand greatly outstrips talent supply. 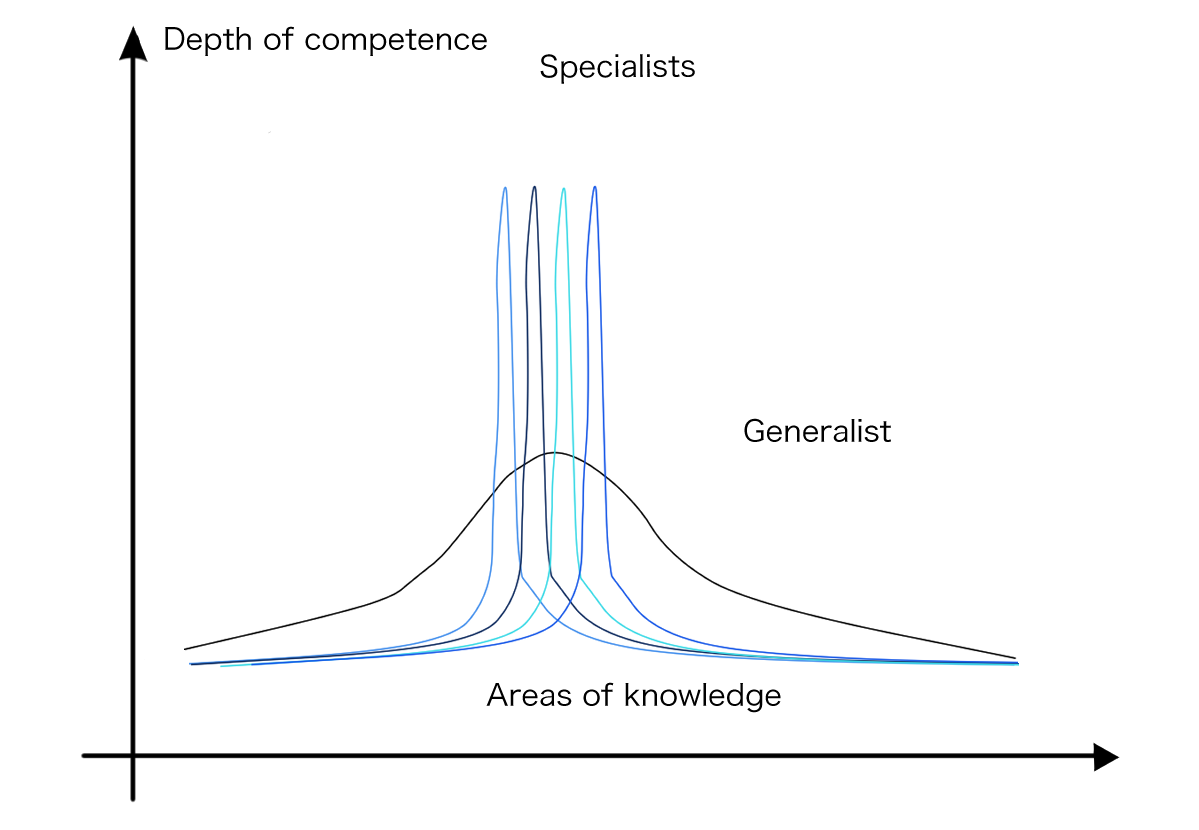 ‍
No matter all the platforms where jobs apply to candidates - often called vertical marketplaces - we all, as recruiters (invited or not) find a way to build relationships. I think we sometimes forget that tech is ultimately built by people.

I can envision a future where an engineer calls their personal recruiter - just like a deal maker in the city may call their lawyer. We, ReEcho, have certainly seen this and always do our best to remind talent that we work for them as much as we act for our competitive clients - as a recruiter, I always thought that the LTV of good talent far exceeds that of clients.

One would struggle to find a more misunderstood category than recruiting from a tech perspective. Unlike in real estate where we have seen a lot of tech innovation, recruiting seems dominated by job boards and one platform we all know of. Yet this is such a small portion of the overall market at large (recruiters place 50m people into work each year).

How people in the labour market invest their time and trust is becoming increasingly more pertinent than money - we are definitely seeing this in the tech market that we are currently operating in. I am really excited about what we can achieve in line with this trend - with good technology and our desire to fix what’s broken with recruitment. And I am delighted to have DigiSpace join us on our mission! Nyamka found and connected with us as female founders and has already recruited Ali to join our mission alongside a few others who deserve announcement posts of their own soon. Stay tuned.
‍ 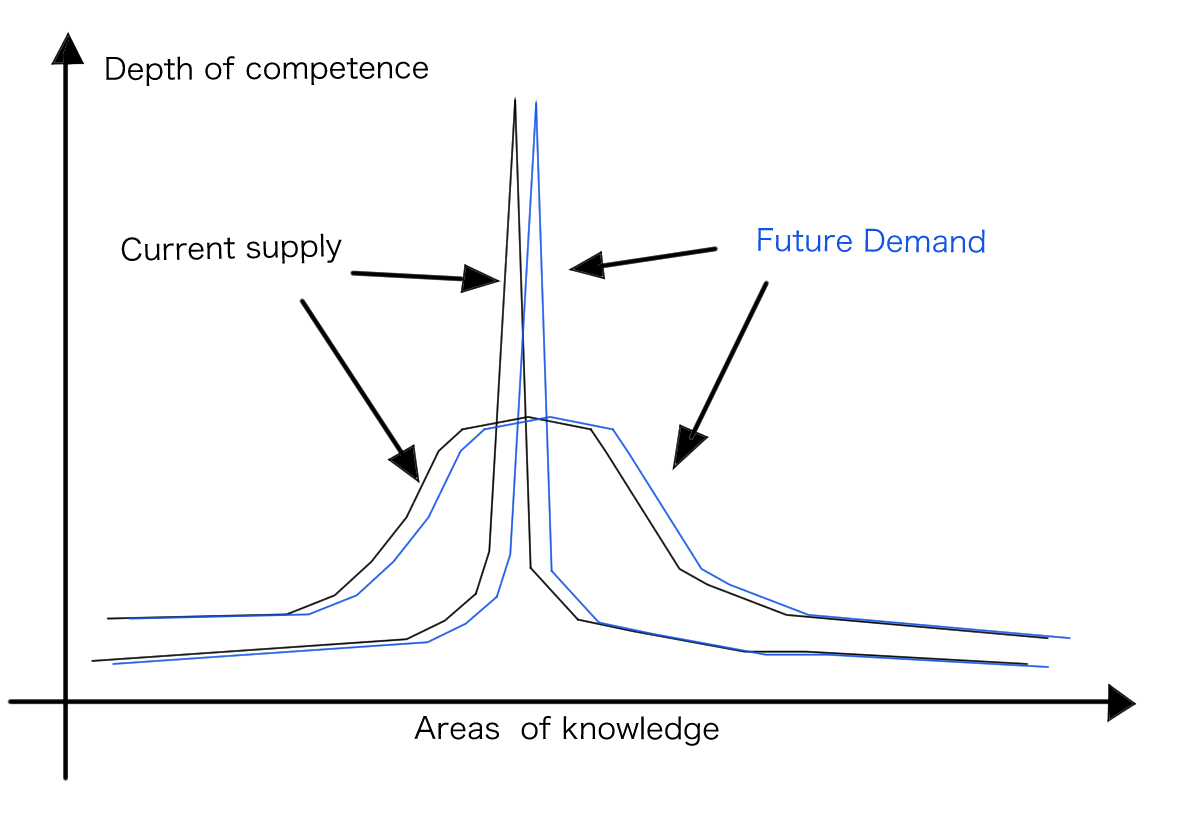 We will welcome all to our platform - regardless of job title, specialism, however you identify.

That said, being a ‘bootstrapped’ technology business (we have 2 great engineers, doing the work of 6 each currently!) we have to stagger our approach slightly. We will start in the category of European growth capital, and listen to our first users as to what might be next - all ultimately with the goal of creating more human and valuable hiring experiences for everyone.